Hi everyone, this is Mohamed Alomar from GeekFeed.

This blog covers the process of creating React docker container on Windows machine, and then transferring that container to Ubuntu server through secure server-client synchronized connection.

Before we start, make sure you have the following applications and packages are installed on your Windows 10 machine:

also you will need to have:

Creating a Production build folder of  our app

By executing the following command, build folder will be generated, this folder is used during the  process of putting our React app for production.

Add following files to the root folder of our application

In  the root folder, run the following command

the previous command will build our docker container that consists of two docker images:

In order to transfer and run our docker container on Ubuntu server, we should have the physical file of  that container, so it can be transferred via rsync command which we will explain about it in next section of this  blog.

In order to get that file, run the next commands

docker ps  will display list of  all running containers with their IDs.

Note: since the  purpose of  this  blog  is to ship React app to Ubuntu server only for production(not to save the entire React application files), then we will  ship only nginx_server container to Ubuntu.

Therefore, choose the id of nginx_server container which we have already created and run the following :

after running the previous command, new  image will be added to docker list of images, this  image  is  built based on  nginx_server container.

the previous command will list up all docker images you have on your Windows machine, choose the  image name that we have  just created and  run the following to get tar file that has inside of  it the  physical file of  nginx_server container.

to get names and physical locations of these files and  folders

These are  the two files that we need to copy over to the Ubuntu server, to make sure  that  Ubuntu server  getting  the data moving with  nginx_server container as well.

Transferring our container and its volumes to Ubuntu

In order to transfer data from Windows machine to Ubuntu securely, we have to establish a secure client-server synchronized connection between these two machines by following the steps below:

a confirmation message will show up to inform you that the generation process has begun, choose the default options without adding passphrase, and you will end up having the required keypair for synchronized connection.

After generating the key pair you should copy the public key to Ubuntu server while keeping the private connection key on your local Windows.

This can be done using  ssh-copy-id command, However, this command is  Linux command and  not supported by Windows  so there is a need  to use a third party program like Git bash

after the  installation process is  completed,  navigate the the folder in which your public key resides, open Git bash terminal, and  run the following  command

note: when installing Cygen  there is  no need to select all the commands we need to use only: 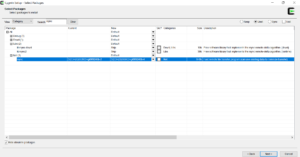 after the installation process is completed, open Cygen terminal and  run the following command

ssh to your ubuntu server ,open command prompt and run the following commands:

Importing and loading  the image does not automatically starting the container for you,

so we need use another docker command to run out our loaded image:

The long number shown on the terminal represents our container ID on Ubuntu and  indicates that Docker started our container in the background. 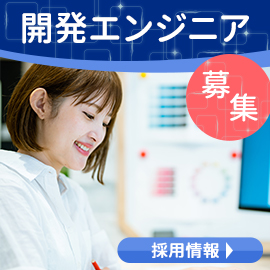